Badminton at the Parthenon!

You've attended a picnic, played Capture the Flag and enjoyed free Zumba and Capoiera classes at Centennial Park with Adrienne Outlaw. Now MeetUp with her to play baminton in the Parthenon!

Click here to reserve your court time with the artist.

Games may also be played when artist isn't present.  Click here to request a court time with friends. Up to 4 people can play!

No experience needed. Open to all with museum admission. 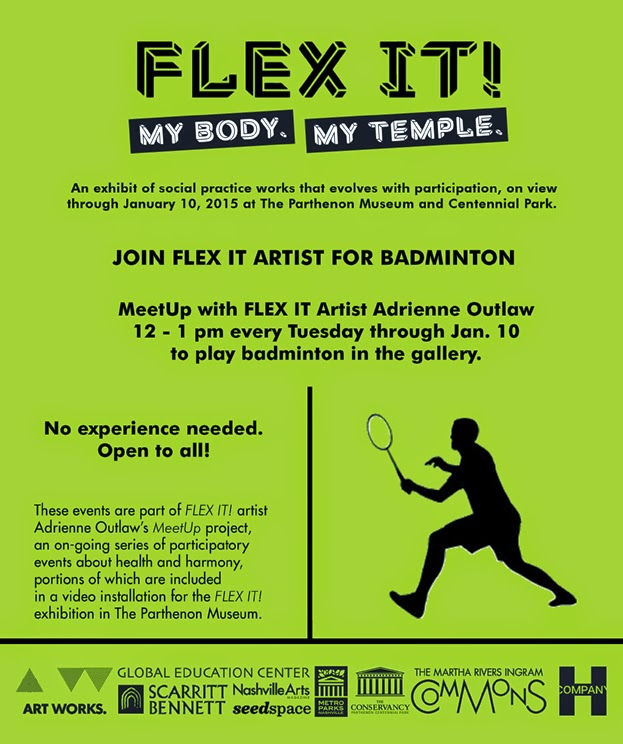 Play a while, watch a while! Portions of Outlaw's MeetUp events are included in her video installation for the FLEX IT! exhibition in the Parthenon Museum.

FLEX IT! runs through Jan. 10 at the Parthenon Museum and Centennial Park in Nashville. It travels as FLEX IT! Expands! to the Jacobs Center in San Diego March 21, 2015 as part of "Jacobs Presents: Cultural Celebrations and Performances". A catalog accompanies the exhibition.


Here are some pictures from the first few games!! 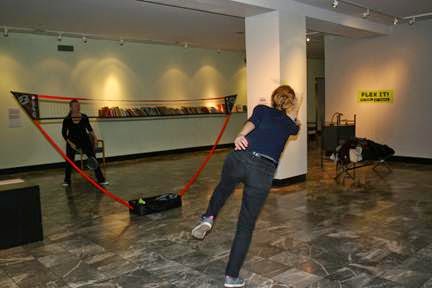 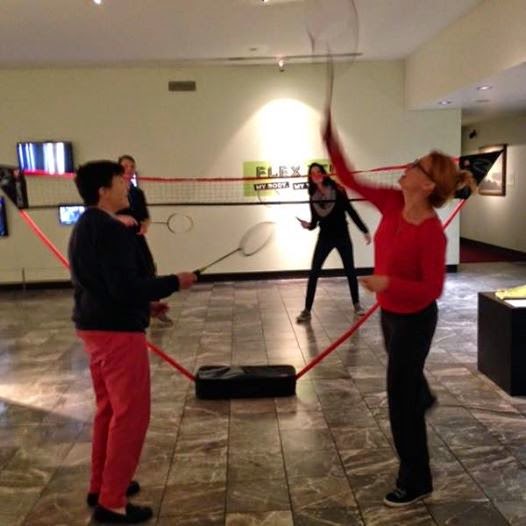 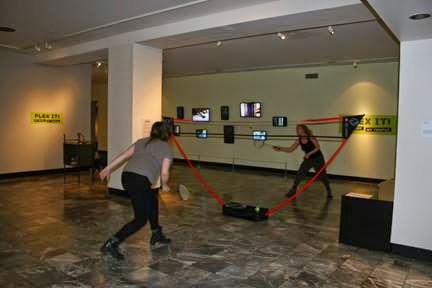 Next MeetUp on November 22nd! 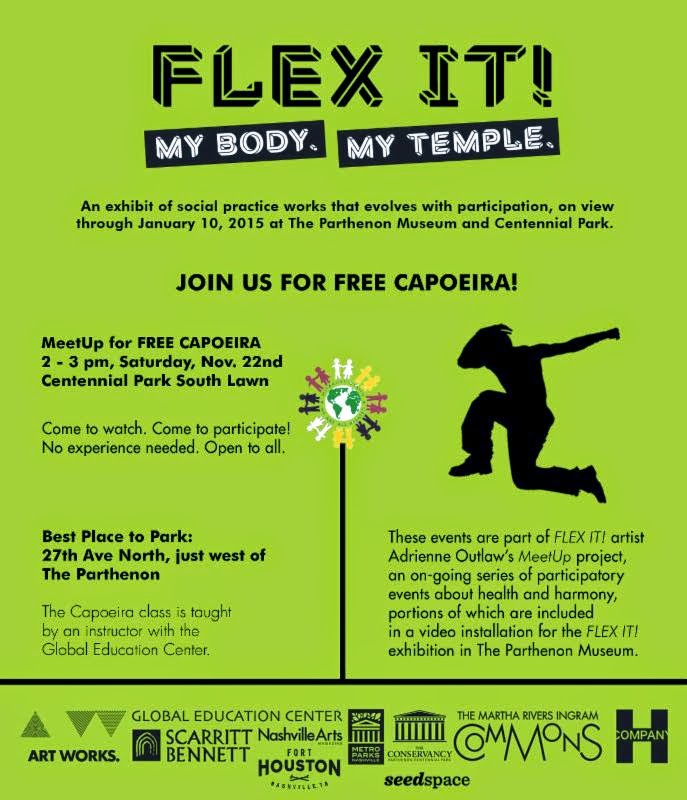 The classes will be taught by instructors with the  Global Education Center. Weather permitting, they will be held in the park on the south lawn. Should they be held in the Parthenon museum admission applies.

The classes are part of Outlaw's MeetUp project for FLEX IT! MeetUpevents, designed to encourage acts of health and harmony, have included a potluck picnic, mud making and Capture the Flag. Future events include bread making and massage, portions of which are being shown as part of Outlaw's evolving video installation in the museum.

Posted by Athena Parthenos at 10:35 AM No comments:

Yoga for Truckers (+Everyone) and MeetUp with Adrienne Outlaw 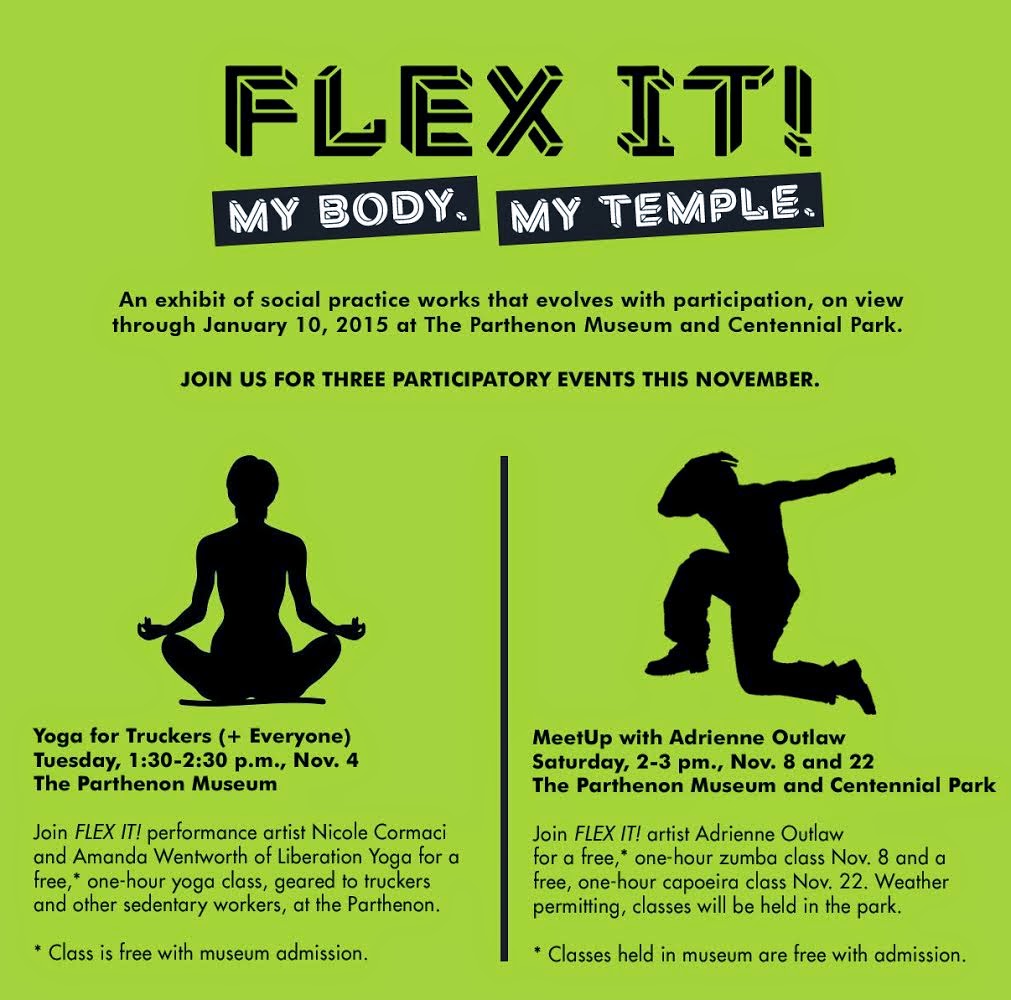 For more information about Yoga for Truckers (+Everyone) and MeetUp with Adrienne Outlaw visit Erica Ciccarone blog NYCNASH.
Posted by Athena Parthenos at 11:15 AM 1 comment: 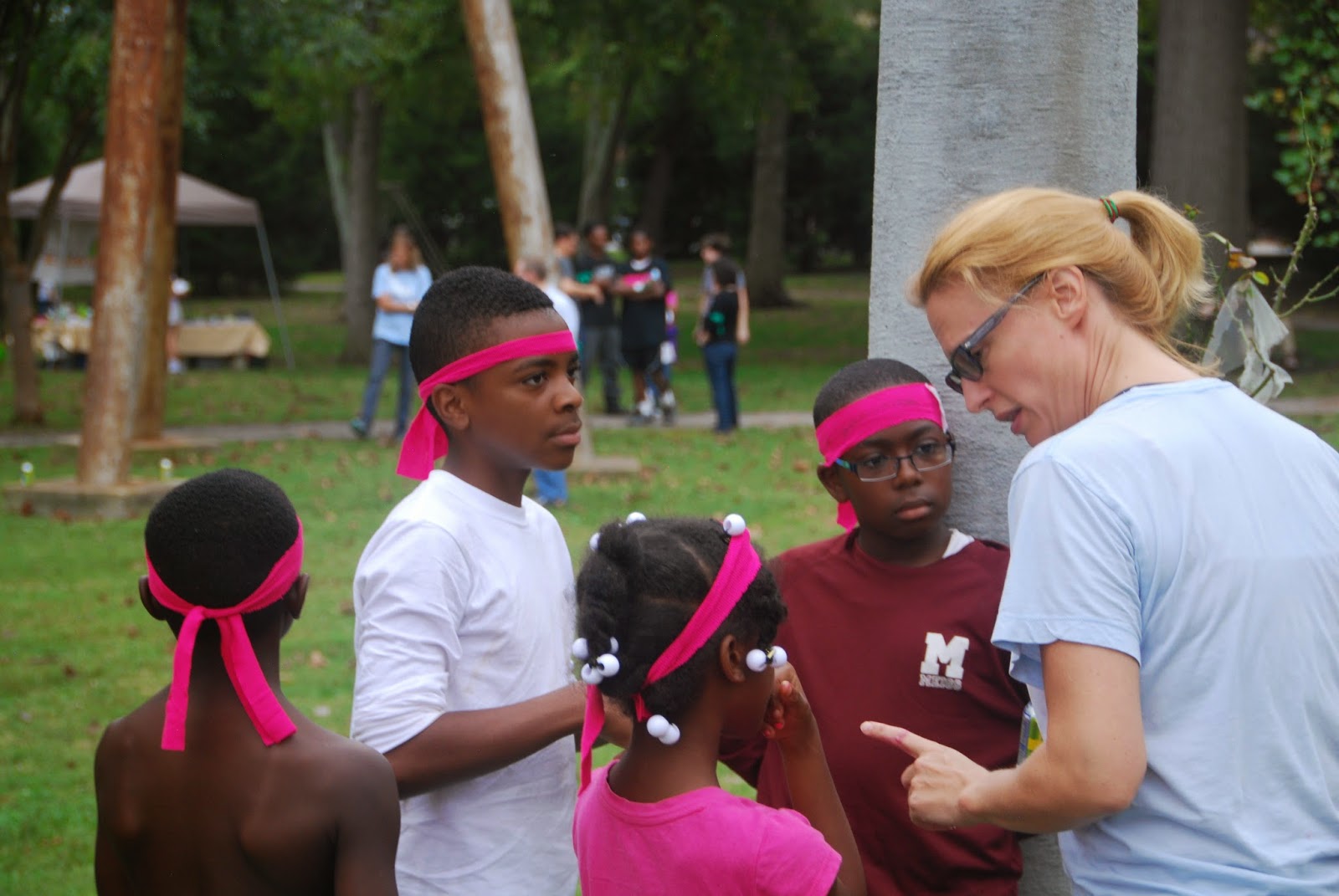 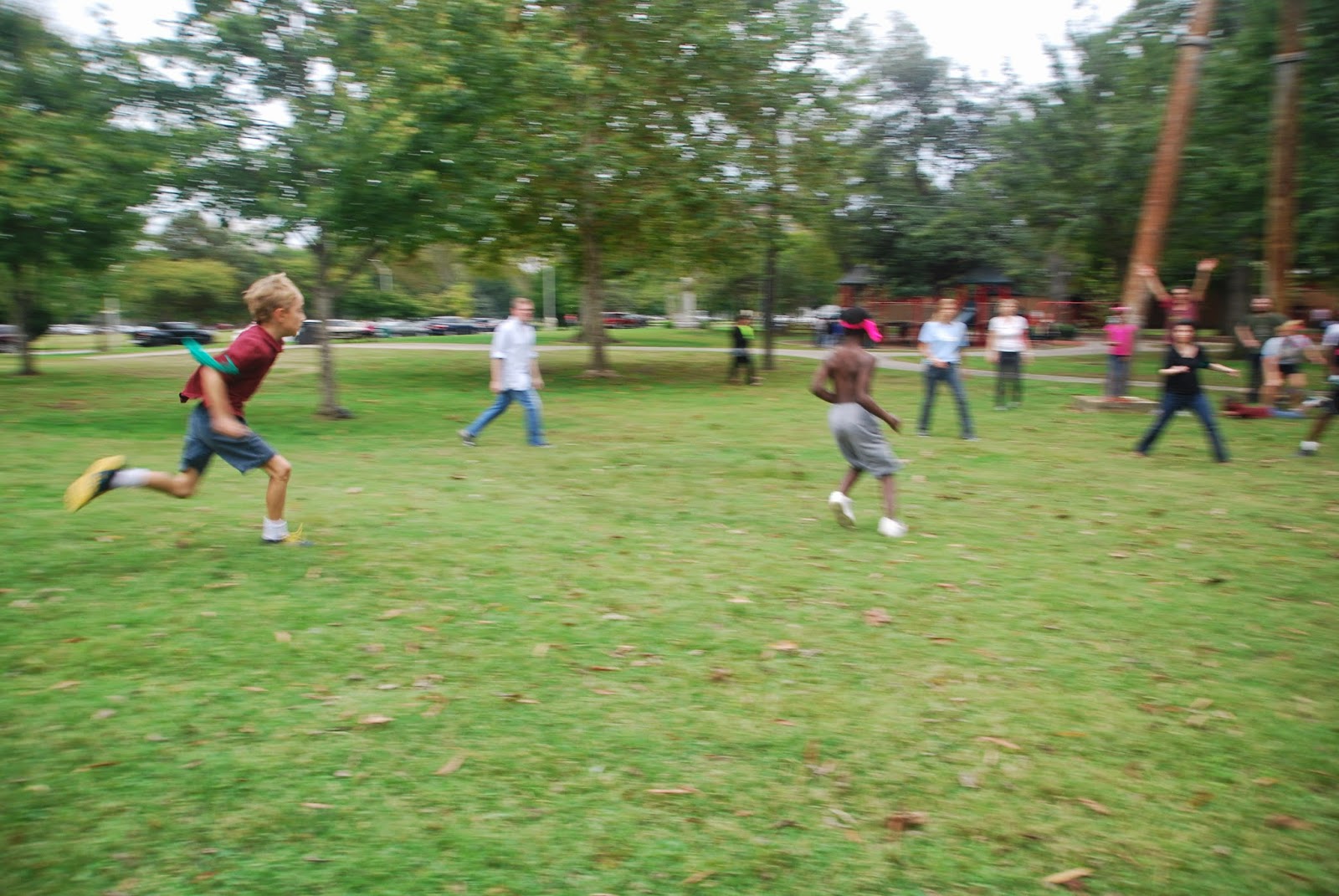 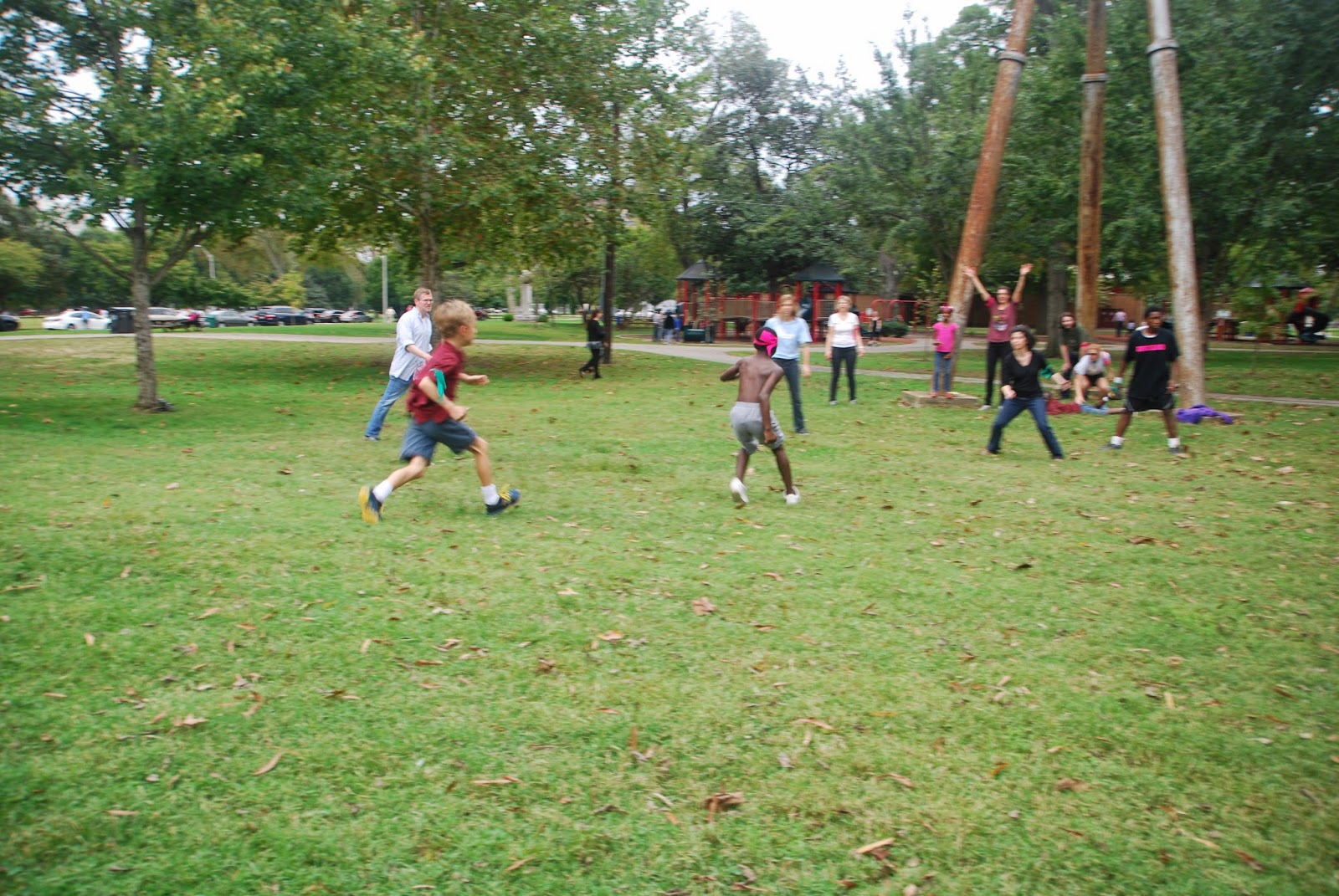 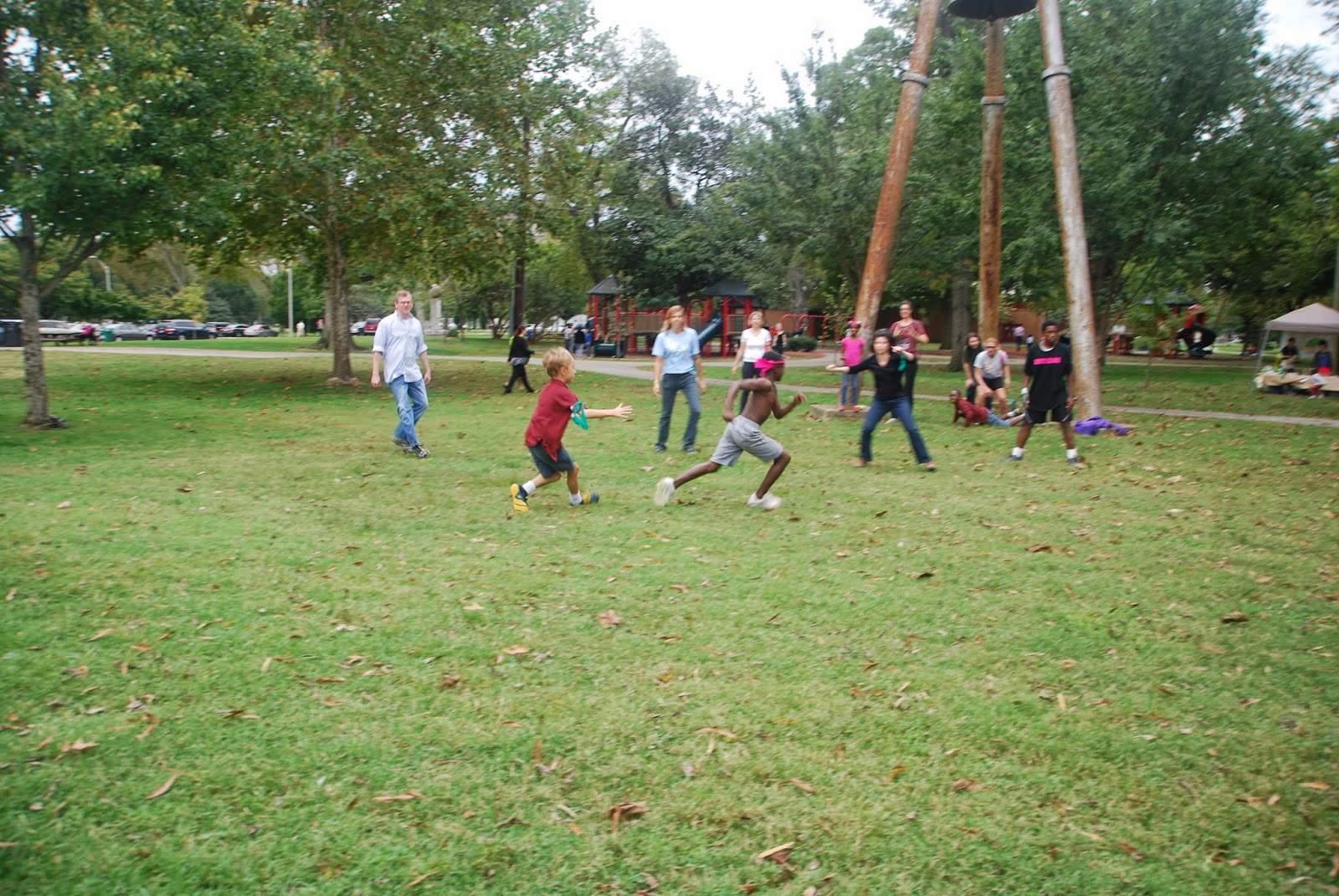 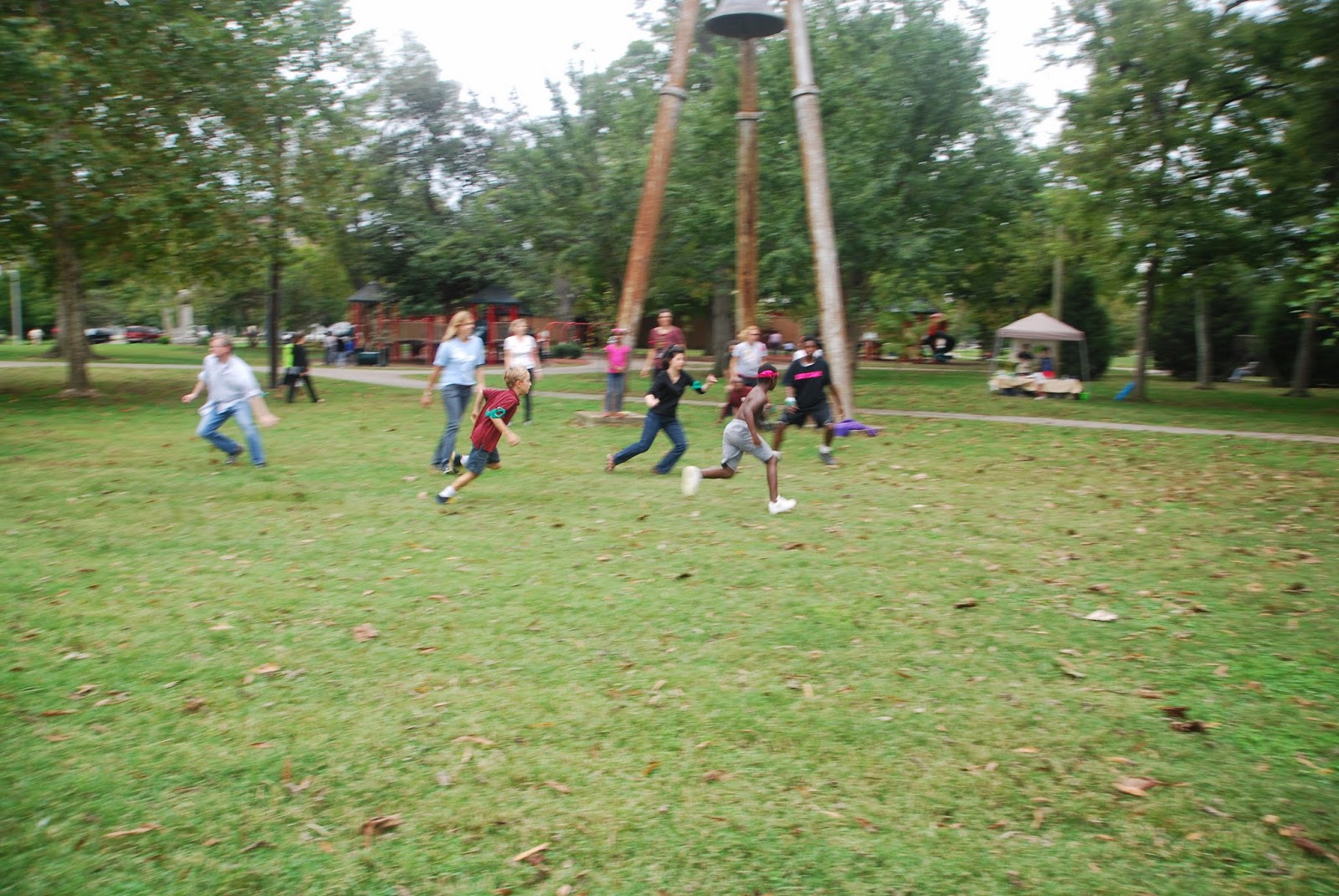 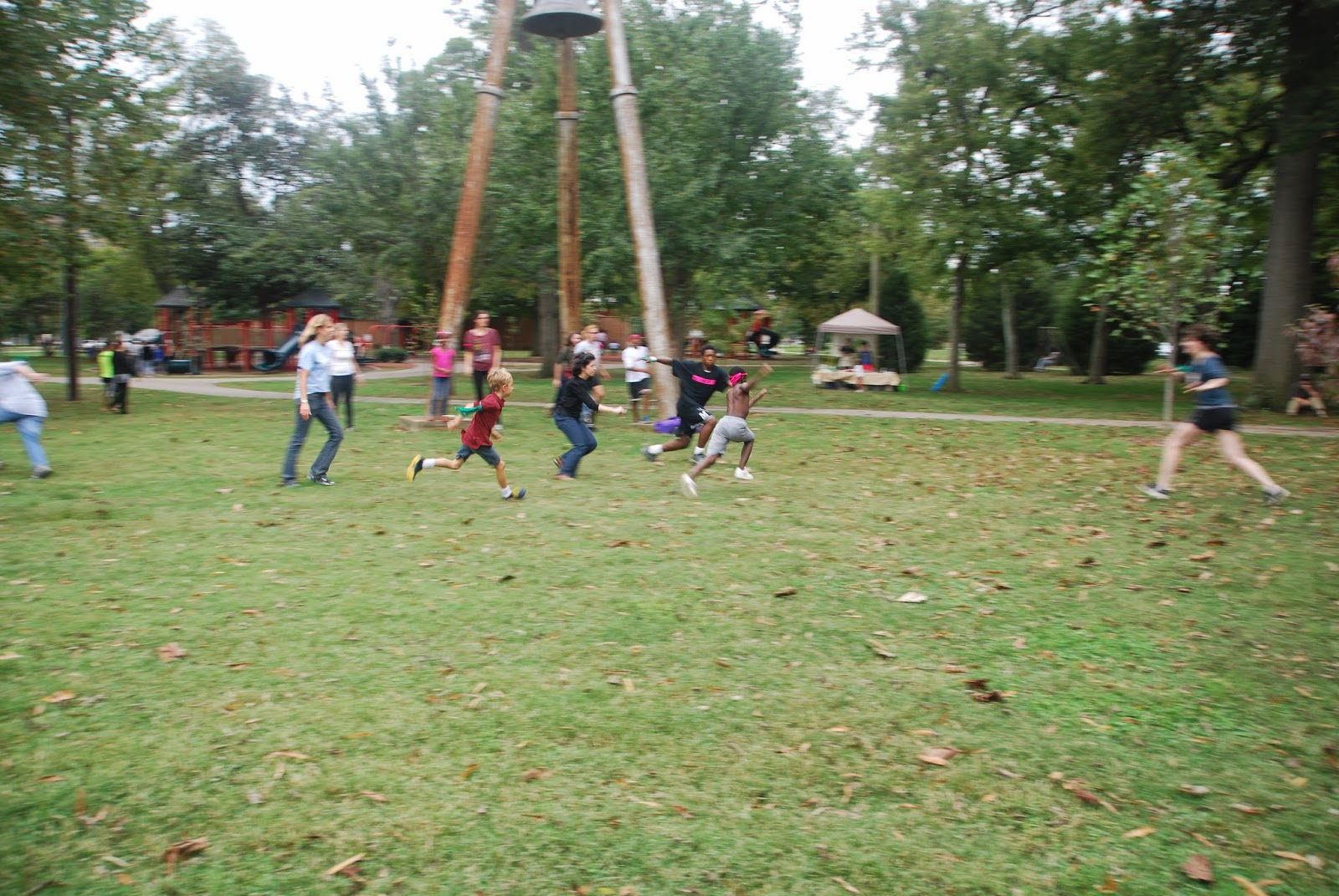 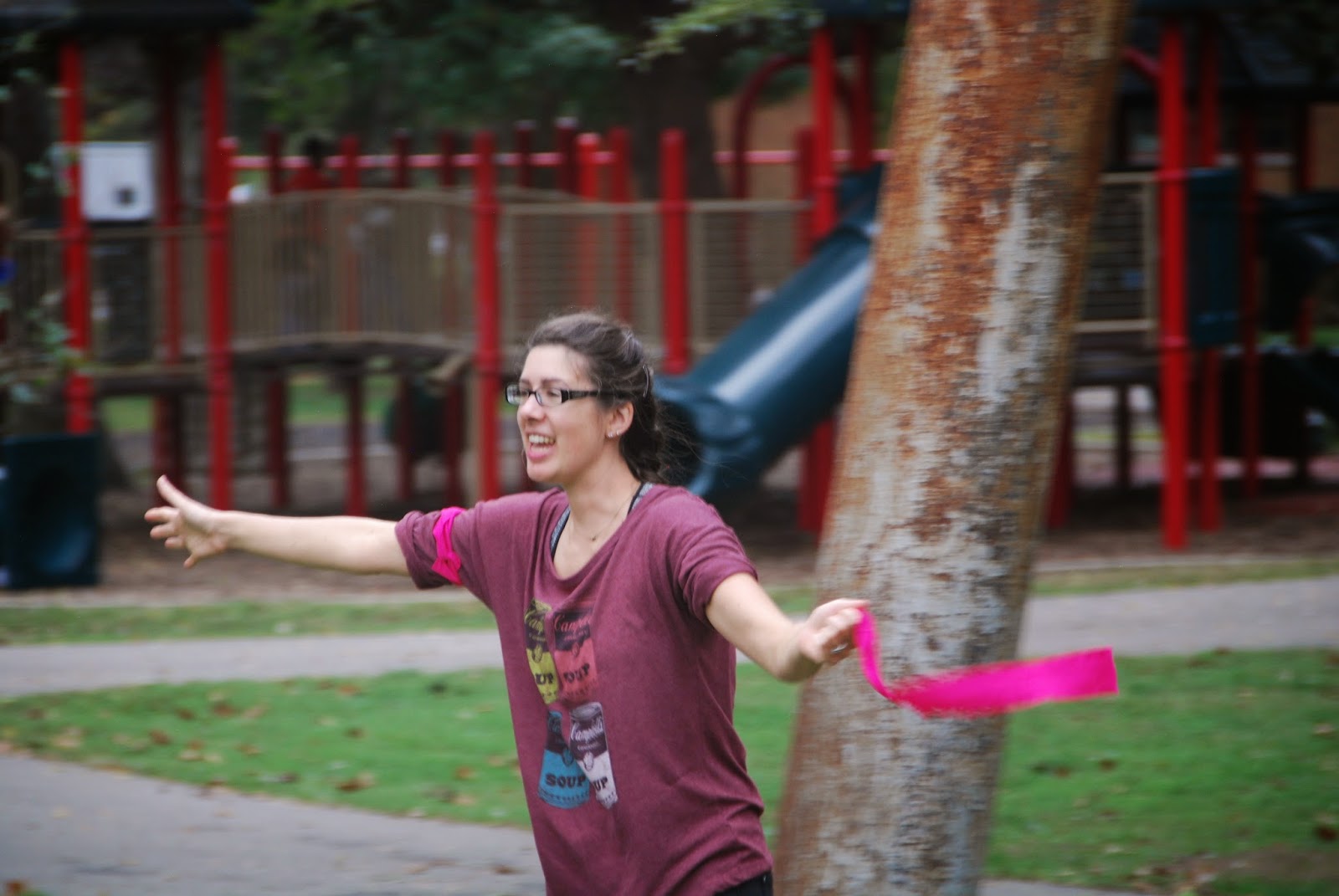 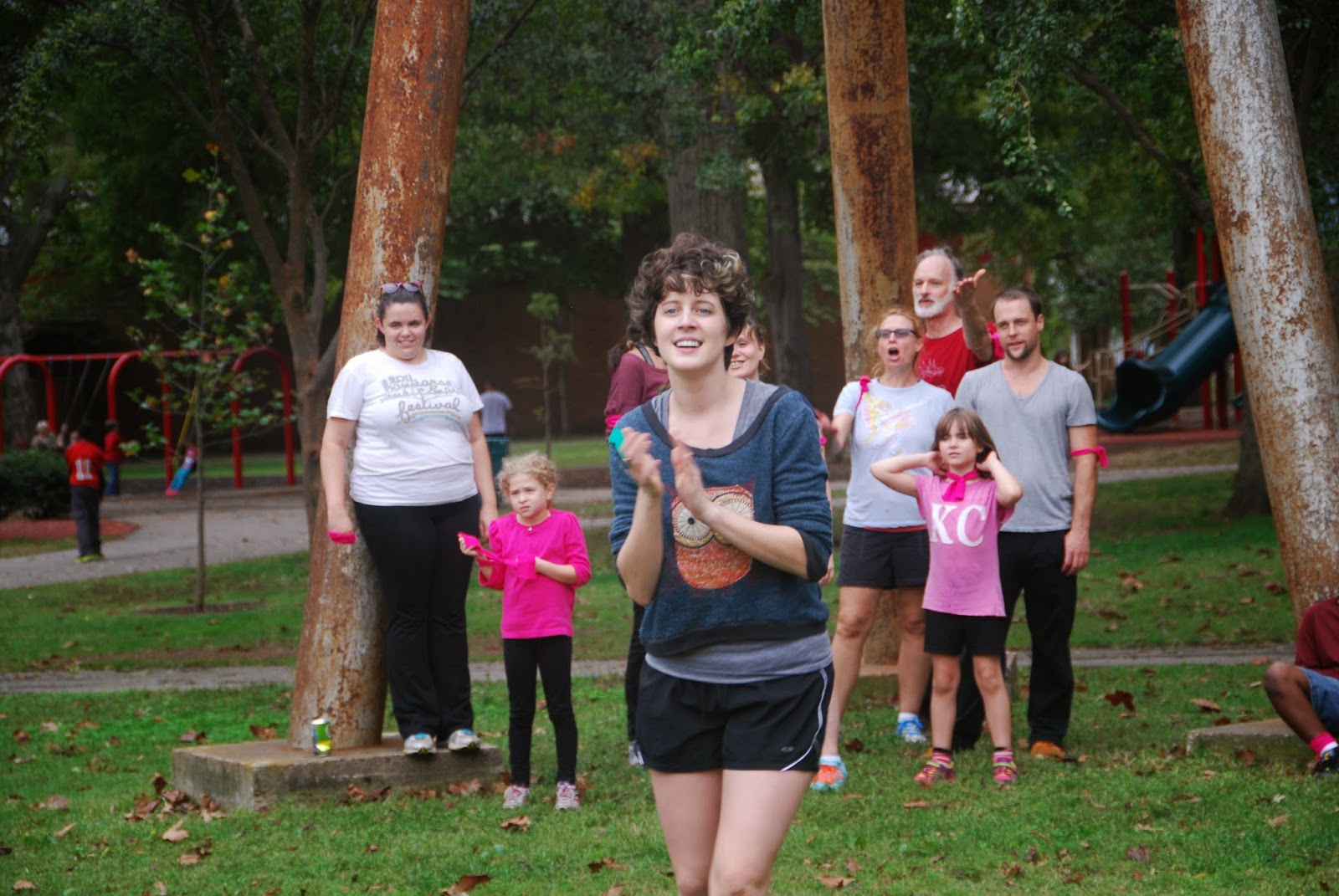 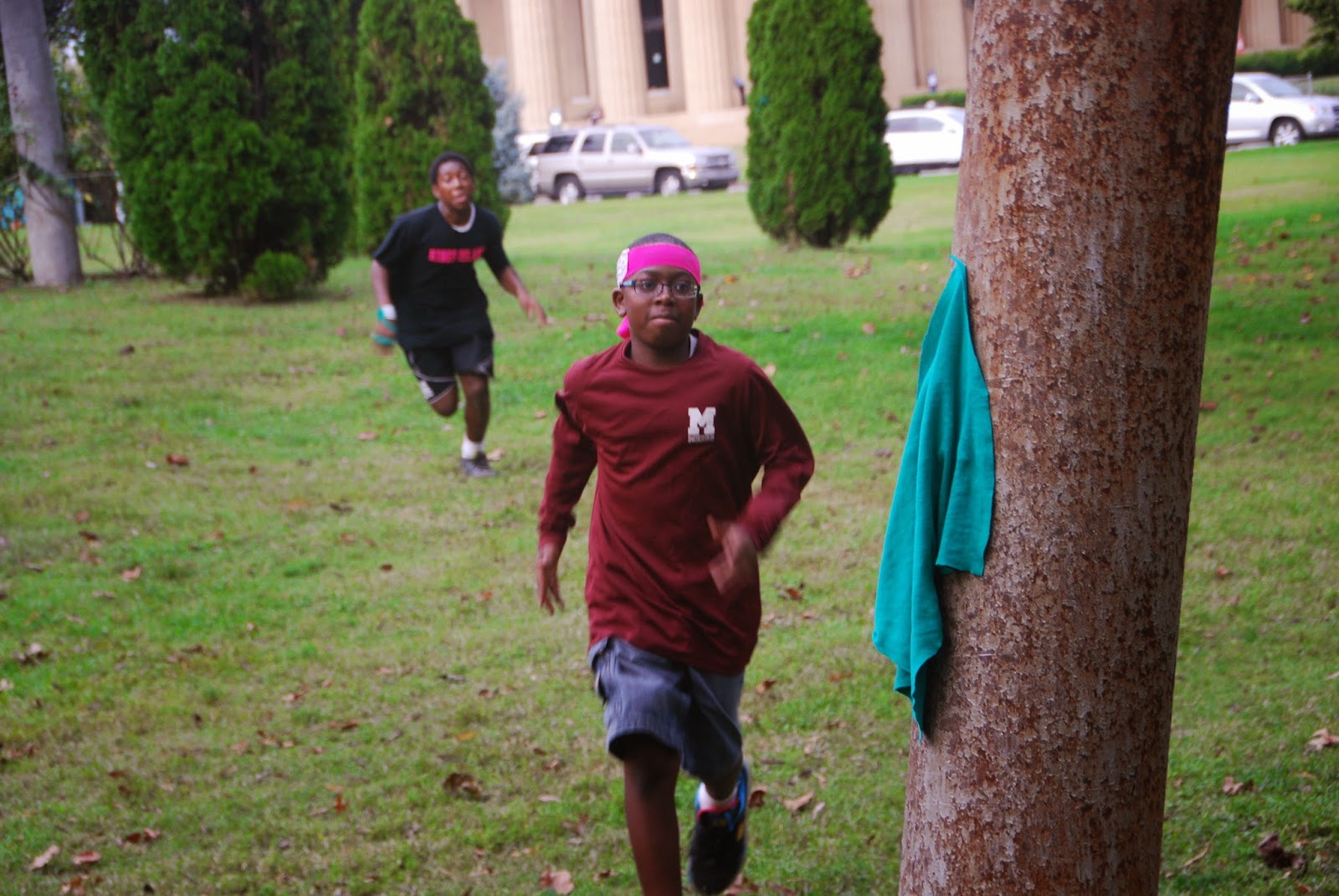 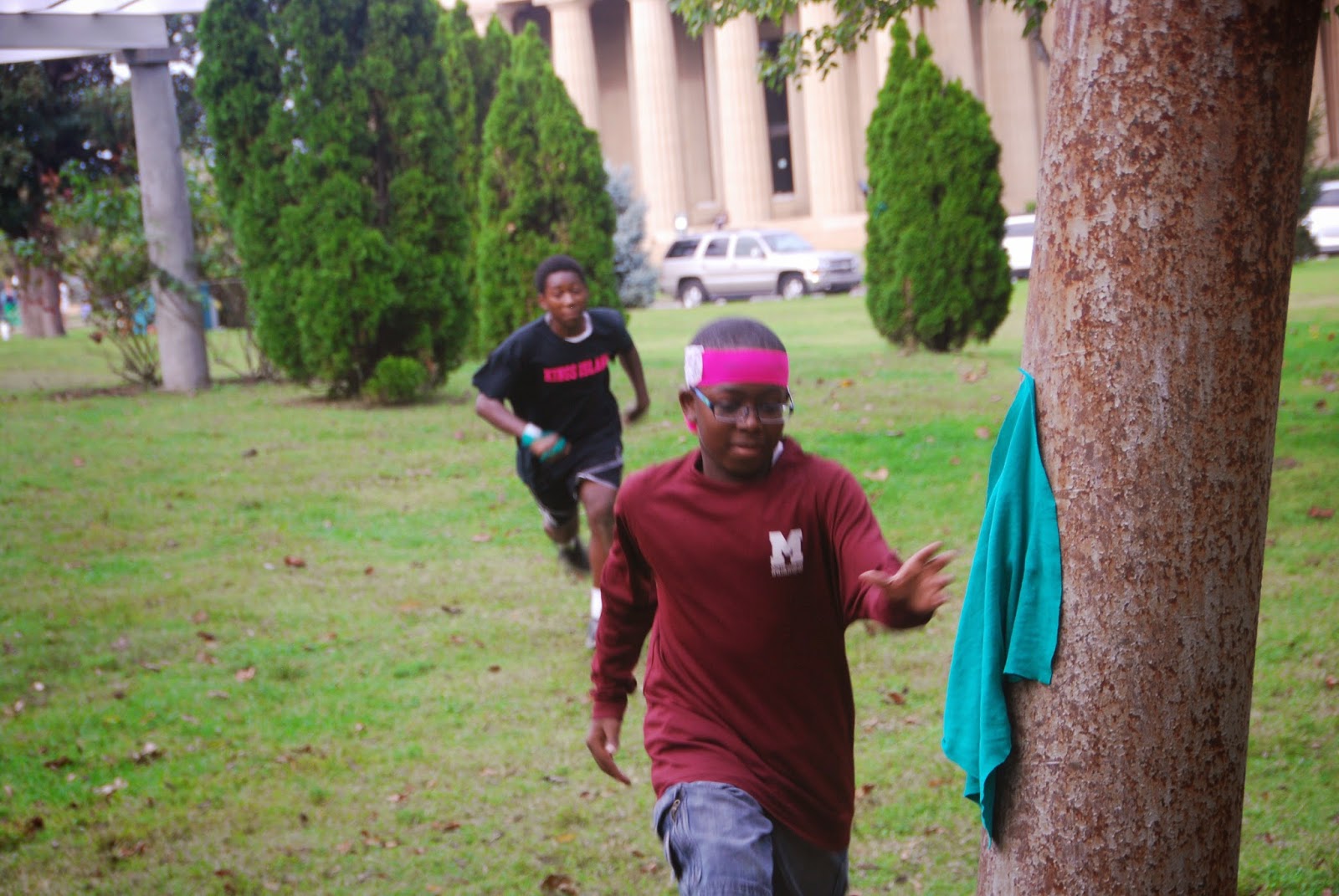 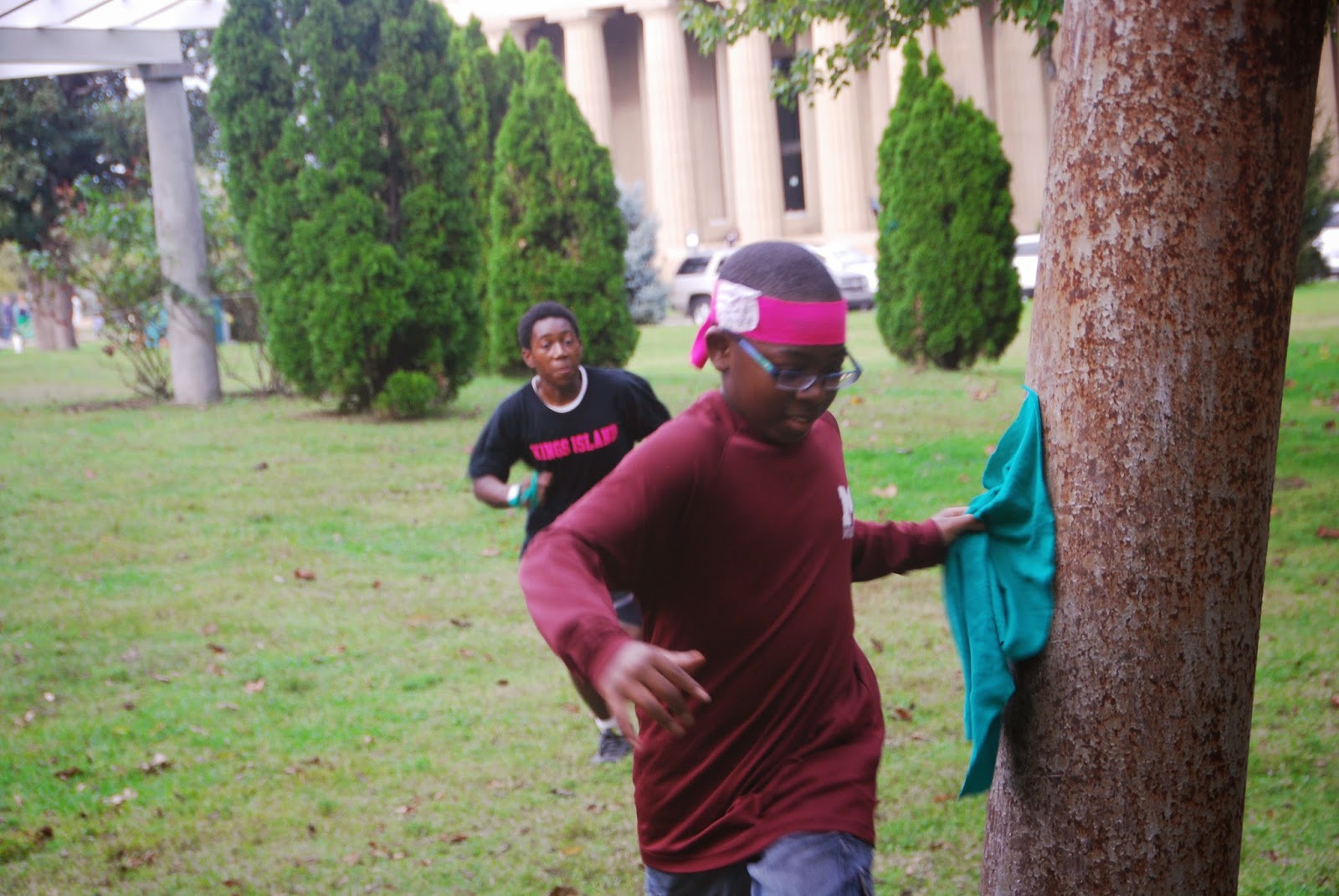 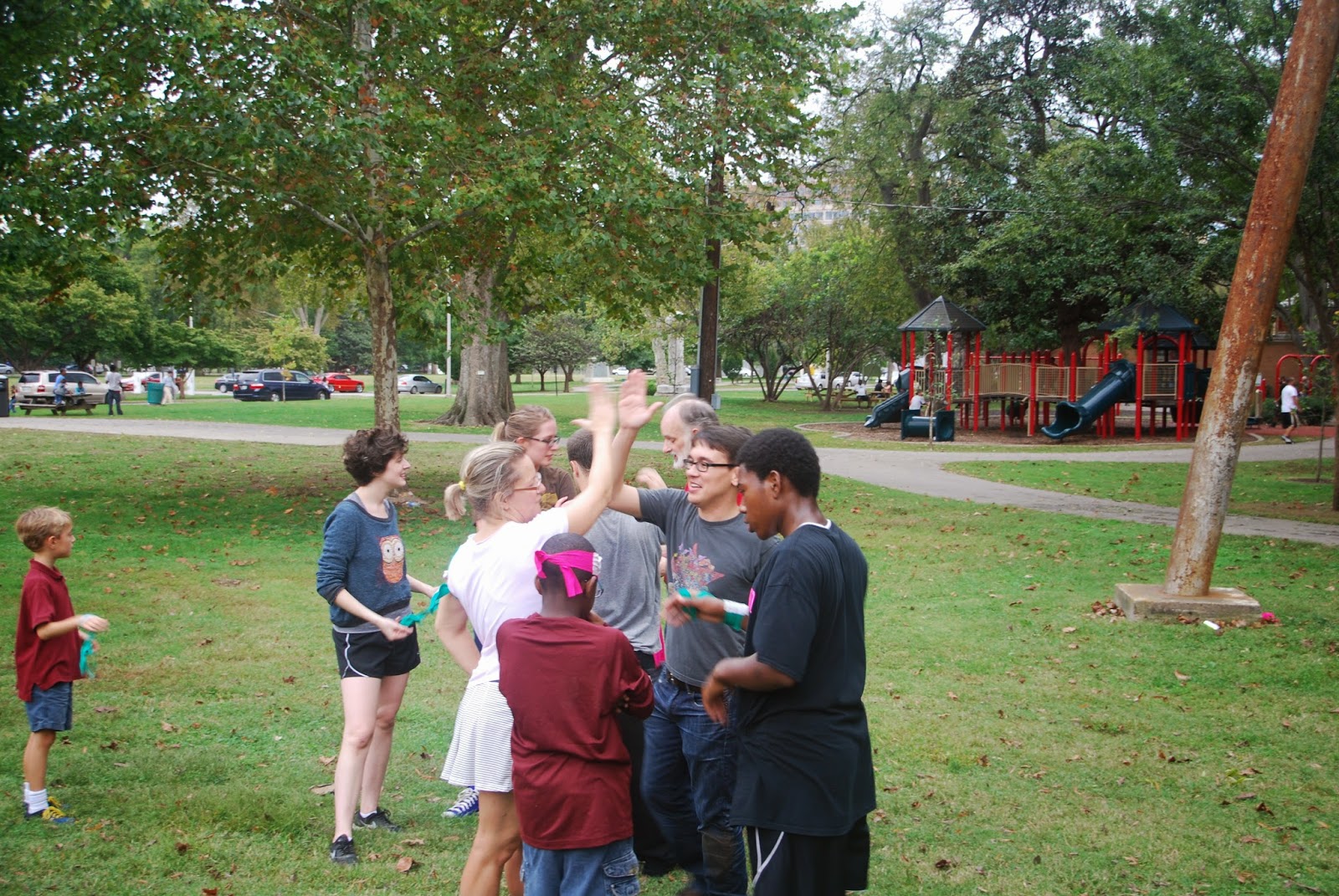 Fun active community play for all….Join us at the next MeetUp.  Stay tuned.
Posted by Athena Parthenos at 7:41 PM 1 comment:

One Mile Loop and Capture The Flag

FLEX IT! evolves with your participation. Join us October 11th and 12th for two events!

Nashville musicians will be performing next to a series of newly installed public signs that share information about the current lives, exercise habits, and musical preferences of Nashville citizens who regularly use the park.

One Mile Loop, made for FLEX IT! by the social practice art collective Public Doors and Windows with Harrell Fletcher, Molly Sherman and Nolan Calisch, invites park visitors to consider fitness in such a way that allows then to enjoy a diversity of experiences while intimately engaging with the tastes and habits of others. Visit the Parthenon to FLEX IT! more. 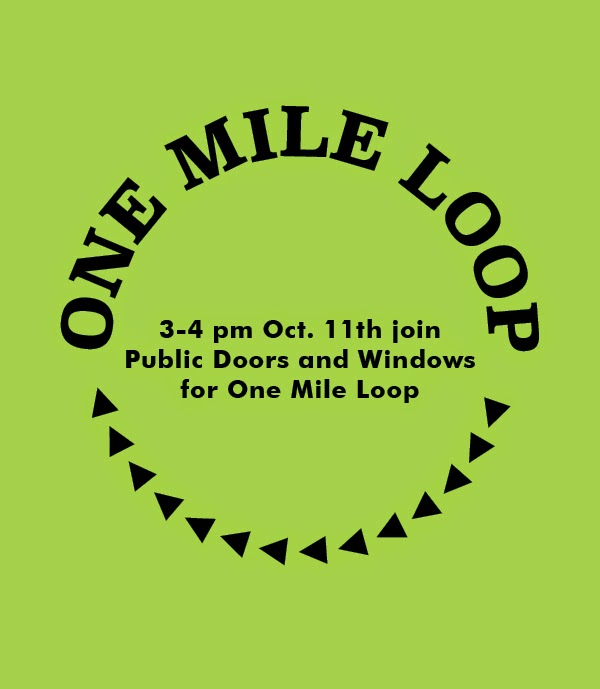 Visit the Parthenon to FLEX IT! more. 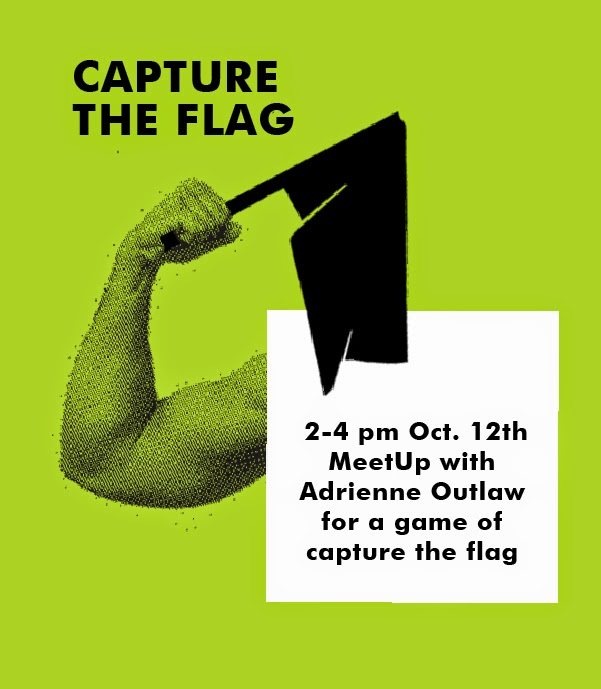 2 to 4 pm, Sunday, October 12th, Join Adrienne Outlaw for a family-friendly game of Capture the Flag in Centennial Park.

The game starts at 2pm. Report as early as 1:30 for armbands and rules at the Kidsville tent, located next to the playground. During the game younger children may play games and make crafts at the tent.

Capture the Flag, a well-loved outdoor game that rewards teamwork, is part of Outlaw's MeetUp project for FLEX IT! MeetUP events, designed to encourage acts of healt and harmony, have included a potluck picnic and mud making. Future events include dancing and bread making, portions of which are being shown as part of Outlaw's evolving video installation in the museum. 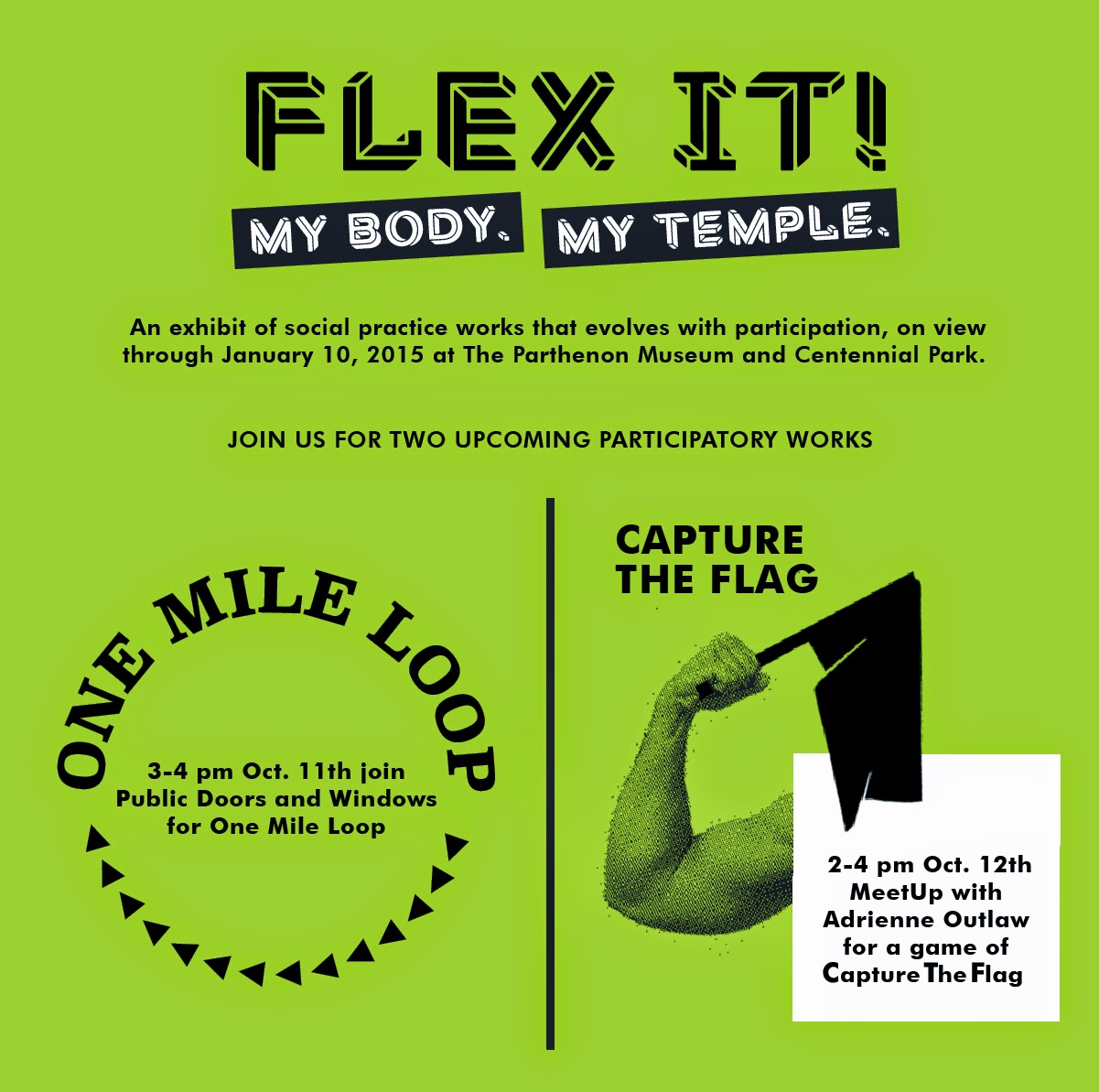 Posted by Athena Parthenos at 5:21 PM No comments: 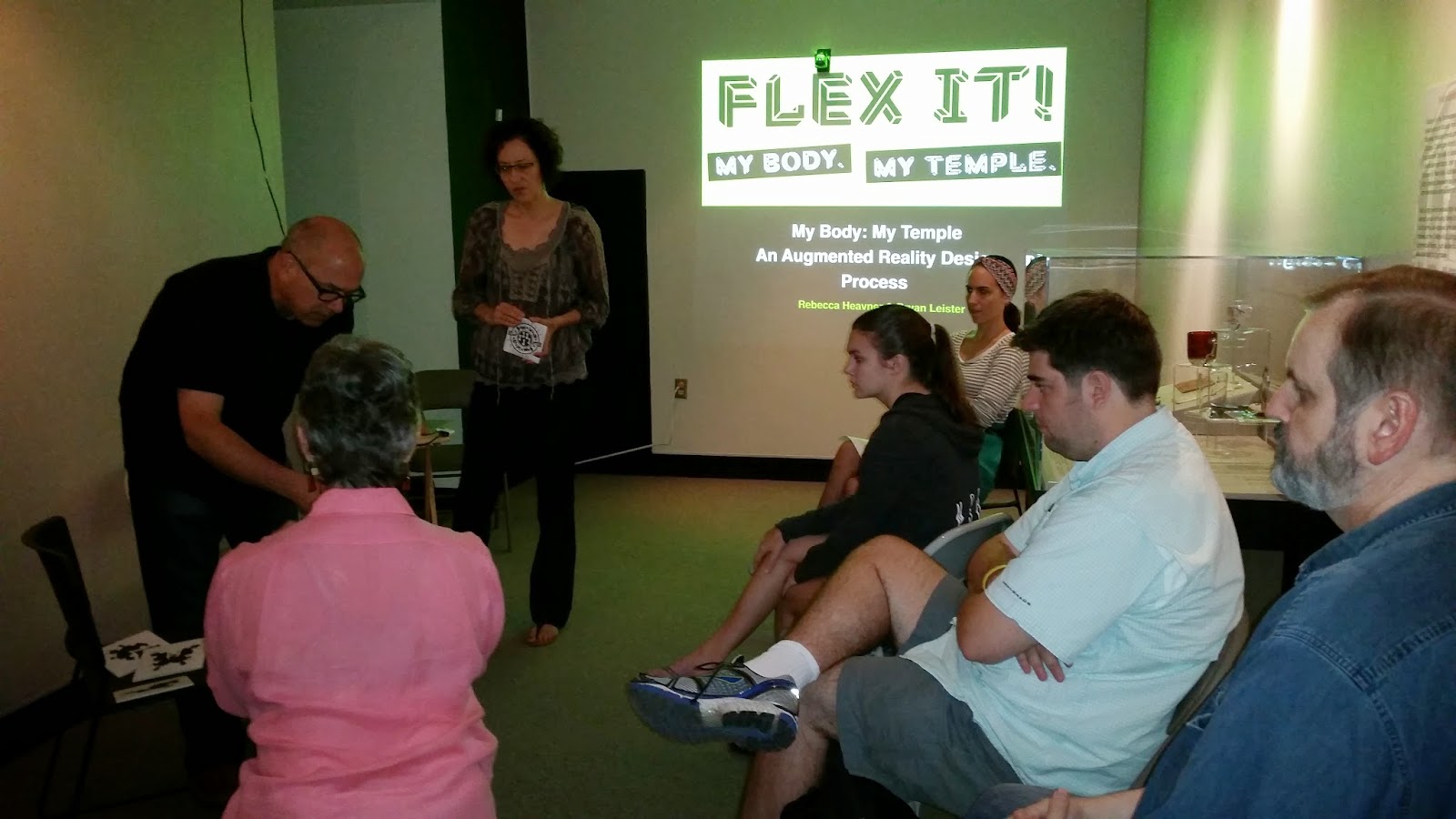 New media Artist Brian Leister and landscape designer Becky Heavner, the artists behind Pygmalion's Challenge, ended their week in Nashville at the Parthenon for an Artist talk before their last workshop at Watkins College of Art, Design and Film.  The talk was called "How the Heck Did We Do This?"

Pygmalion's Challenge an installation at the Parthenon is a mobile augmented reality game that encourages movement through the collection of coins and the finding of sculptural markers.  Once you unlock the game you bring characters to life.  You can download the game and even play at home with simple instructions from Bryan Leister's website.


Check out these pictures of the interactive app in action. 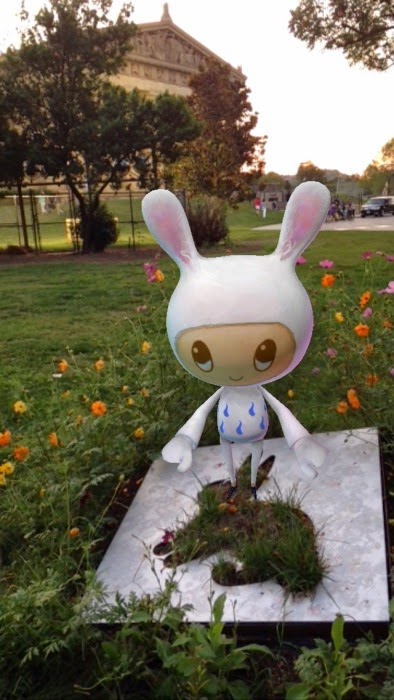 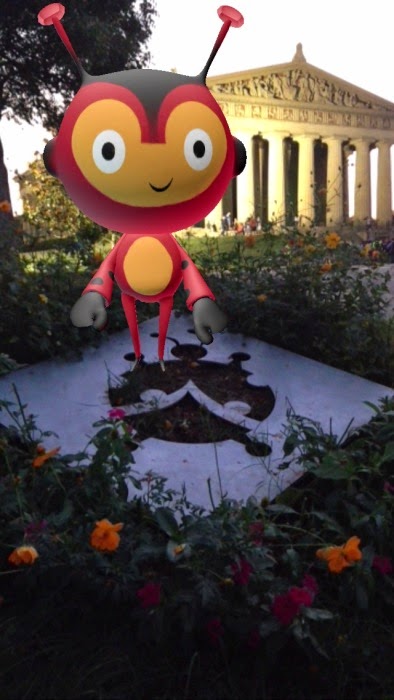 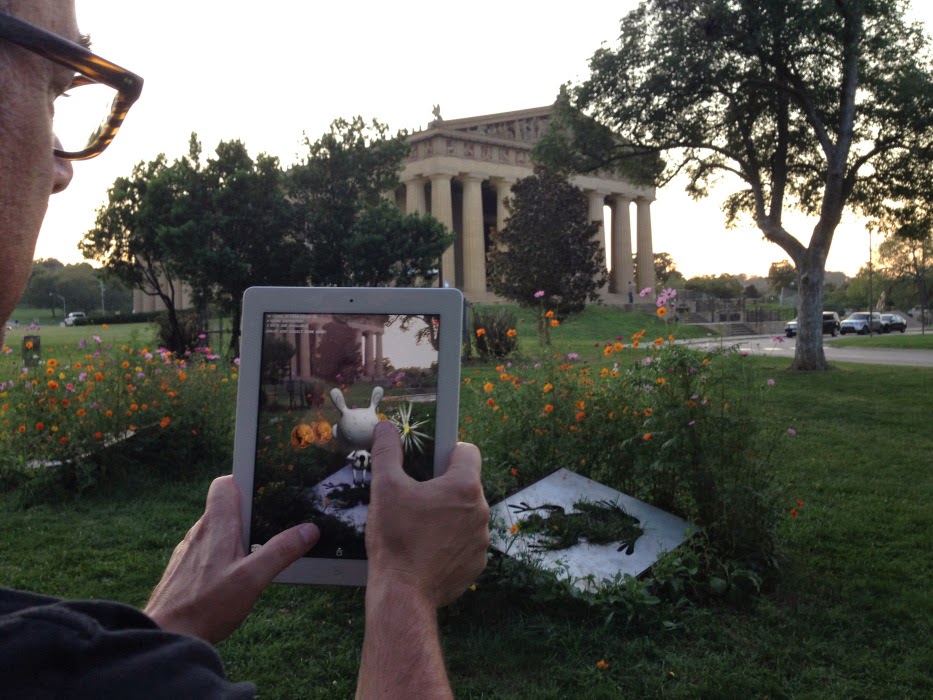 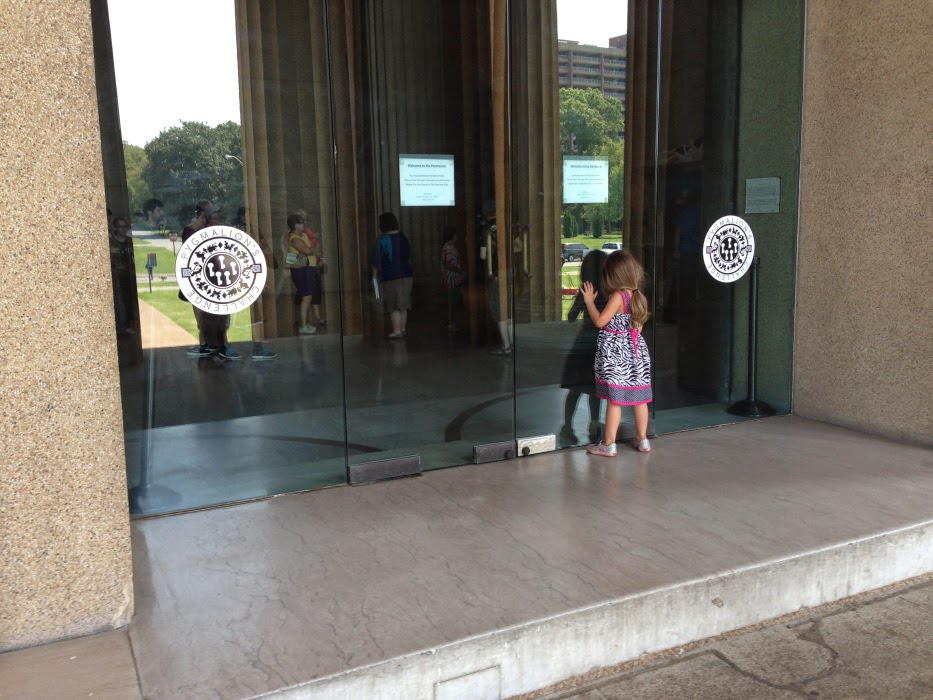 Brian Leister and Becky Heavner speaking with reporters and the public near the sculptural markers at the Parthenon. 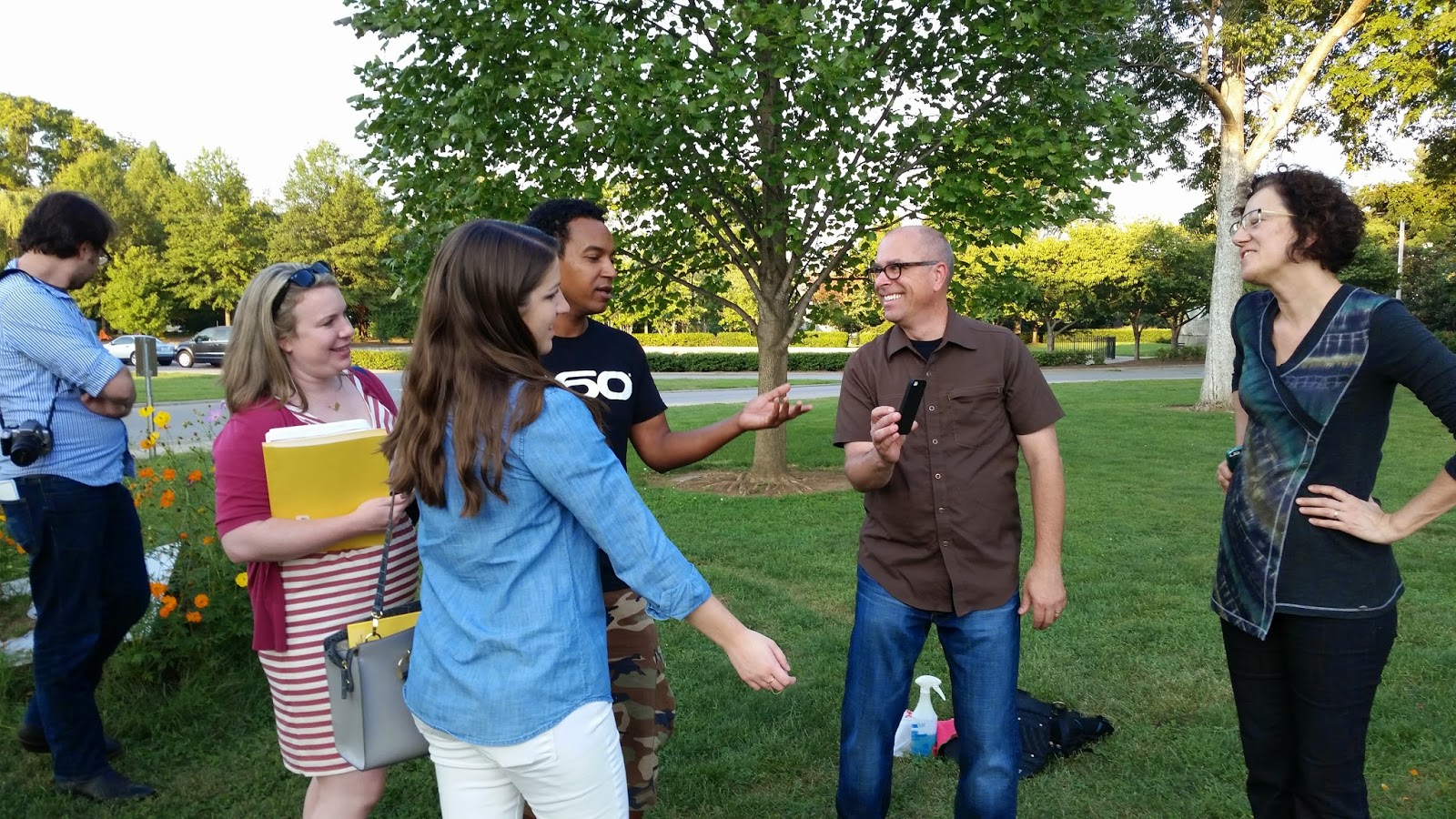 Posted by Athena Parthenos at 9:50 PM No comments: 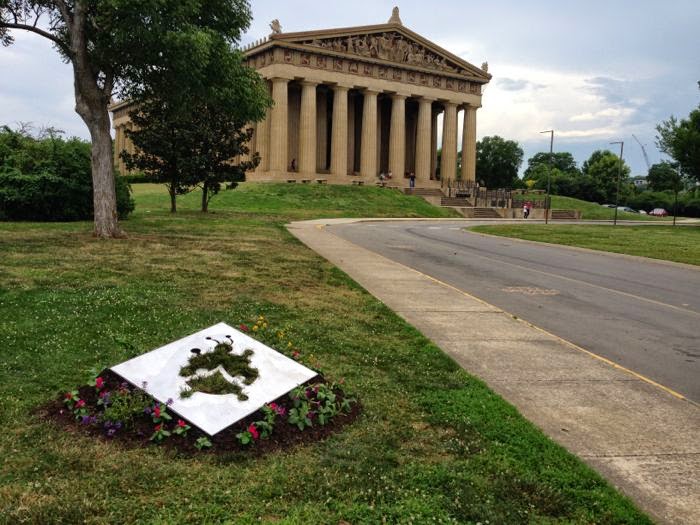 The first workshop of FLEX IT! My Body My Temple are being held 1-5 pm Sept. 18 and 19 in room #403 at Watkins College of Art and Design and Film, is titled "Creating 2D and 3D content for video games". This workshop is most appropriate for artist and designers.

The second workshop, held 1-5 pm Sept. 20 and 21, also in room #403 at Watkins, is titled   "Augmented Reality for All!" This workshop is for the general tech or game audience.

New media artist Bryan Leister, who designed Pygmalion's Challenge for FLEX IT! will lead both workshops.

Click here for more information.
Participation in the workshops is free.
Attendance is limited to 17.  To sign up send an email TODAY titled FLEX IT with your workshop preference.

Sept. 20, 10-11 am at the Parthenon, Becky Heavner will Join Leister for a talk titled, "How the Heck Did We Do This?" The talk is free with museum admission.  No reservation required.

Leister and Heavner's FLEX IT! project is an app that works in conjunction with sculptural markers embedded in the grounds at Centennial Park.  To play Pygmalion's Challenge, players collect coins using their iPhone or Android by traveling from the markers in the park to the door located on the western side of the Parthenon.  There they get a key which released colorful animated characters form the sculptural markers. 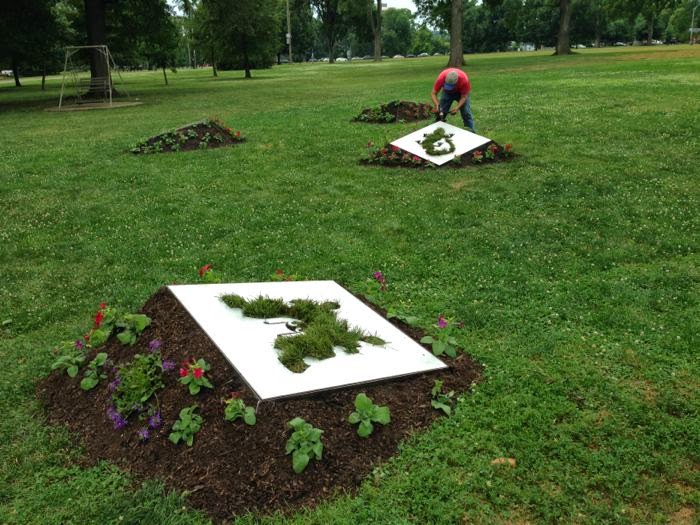 Posted by Athena Parthenos at 7:05 PM No comments:

Athena Parthenos
Courtney Adair Johnson/ Marketing and Fun Coordinator/ Interested in community and inspiring others to action, my main focus is on how art and recycling can change our destructive consumption of natural resources. On a lighter note I love yoga and Nashville history. You can view my art work at www.courtneyadairjohnson.com